The Institute was established on the initiative of Dimi  Panitza who shared his idea with Minko Balkanski in October 2010. The institute itself was launched after a conference in Fourges, Normandy, held in June 2011. 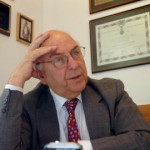 John-Dimitry Panitza is a founder of BPIAS. For forty-two years he had worked at the Readers Digest publishing house. He retired in 1994 as a deputy editor-in-chief. He then began a number of activities as a chairman of “Free and Democratic Bulgaria” Foundation – a foundation with objectives to assist the democratization process of Bulgarian society through pluralism, free press, free market tolerance, educated youth and open dialogue. He is also a founder of the American University in Bulgaria (AUBG), the Bulgarian School of Politics “Dimitry Panitza”, the Institute for Studies of the Resent Past, the Institute for Market Economy, etc. On international scale Dimi Panitza participated on a number of advisory committees and executive boards of education and journalism oriented associations. His contributions to Bulgarian and international society were recognized with: the order of “Stara Planina” – 1st Class, Knight of the Legion of Honor of the French Republic, and the “Pro Merito” medal of the Council of Europe. 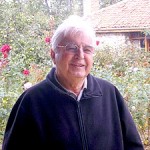 Prof. Minko Balkanski is a founder of BPIAS. He is a professor emeritus of the University Pierre et Marie Curie, Paris 6, and was also a professor at California University. Minko Balkanski’s scientific activity is in the field of solid physics with particular focus on the fundamental properties of semiconductors. His interest for the development of culture and science in Bulgaria led to the creation of the Institute for Advanced Studies of Culture, Science and Technology in Bulgaria with the objective to reveal the opportunities of the world education to young Bulgarians. The concourse in Mathematics, Physics, and Informatics, that he established, has been a bridge for some of the most exceptional Bulgarian youngsters to the best French Schools – Grandes écoles. In Bulgaria he also created Foundation Minu Balkanski, which focuses on improvement of education in science and technology. The Foundation consists of two institutes – The National Institute of Education which focuses on teachers’ professional qualification and students’ scientific preparation and The National Institute of Youth which focuses on developing students’ talents in art and experimental science while hosting summer schools, concourses and competitions. M. Balkanski is active in the area of Civic Education as he promotes the idea of Civic Education in schools through the association Morale, Ethics, and Civic Education.