The Institute mission is to foster state-of-the art research across disciplines by providing an intellectually stimulating environment and resources to both established and early-career scholars. 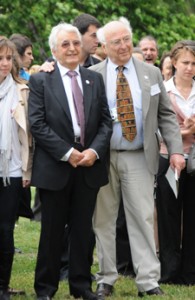 The aim of the institute is to promote outstanding research at institutions across Bulgaria, to enhance cooperation among disciplines and scholars, create new opportunities and enlarge perspectives on science and social studies. BPIAS lays special emphasis on fields such as Computer Science, Cryptography, Cyber Defence and Quantum Computation.

Other areas of interest include innovation and entrepreneurship as well as the political, economic and social involved. The Institute also takes interest in subjects such as energy, international politics and the foreign policies of the EU, US, Russia and Turkey, state-building, ethnicity and nationalism. Culture and tourism come into the remit of its activities too.

The Institute for Advanced studies is an international non-profit body dedicated to the promotion of innovation and excellence in sciences, technology, humanities and social studies. The institute creates and promotes regular annual series of Summer Schools on highly specialized topics where most advances scientists lectures on the status of the art of advancement of knowledge in that specific field.

Established by prominent European and American academics gathered in Fourges, France, on 20 June 2011, under the inspiration of Dimi Panitza the Institute is autonomous association bringing together institutional and individual members.

BPIAS aims at creative activities in Innovation, Hi-tech, Cryptography, Mathematics and Computer sciences. BPIAS seeks to make a lasting contribution to the advancement of sciences and technology in Bulgaria and its wider region.

This is carried out in partnership with the American University in Bulgaria, but including also other advanced studies centers, the NGO sector, government agencies, businesses, international as well as with the EU bodies and programs supporting scientific research. BPIAS convenes a wide range of research events and hosts visiting senior and junior fellows.

The Institute was established on the initiative of Dimi  Panitza who shared his idea with Minko Balkanski in October 2010. The institute itself was launched after a conference in Fourges, Normandy, held in June 2011.

BPIAS sponsors an ongoing lecture series hosted by the American University in Bulgaria to promote dissemination of research results and develop new research initiatives among the academic community throughout Bulgaria.

BPIAS is headed by an executive board of seven distinguished members with background in academic, business and civil society.