This lecture is an attempt to derive the image of the Islamic terrorist, sketched by West-European and  American researchers, within Bulgarian reality:

Evgenia Ivanova is a professor at New Bulgarian University and a doctor in Cultural Studies.  Her academic interests are in the areas of Anthropology, Ethnic Policies, and Comparative Balkan Research. She is an author of three monographs, and many articles published in Bulgaria and abroad. She has working experience from the Scientific Institutes in Culture and Ethnography (1980-1989), which she was fired from due to participation in informal organizations.  After 1990 she started publishing the magazine “Izbor” and its international supplement “East-East” (with chief editor Adam Michnik), which unifies intellectuals with liberal views from Central and Southeastern Europe. In the period 1996-2000 Prof. Ivanova is a president of the Executive Board of Institute for East-European Humanities, which deals with sociological and anthropological research in regions with religiously or ethnically mixed population. She has published three collections of short stories and two novels. The first one “Foto Stoyanovitch” (2008) was awarded the price “Novel of the  Year” by Foundation “Vik”. 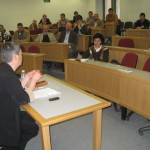 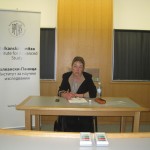 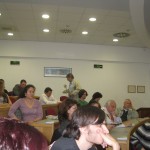 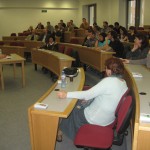 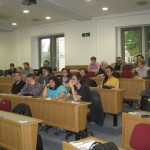 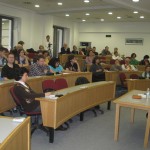 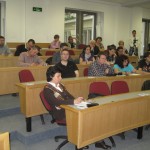