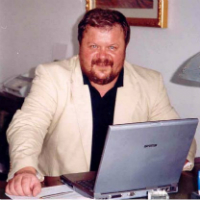 Andrey Varlamov was born April, 25, 1954 in Kiev (Ukraine). In 1977 got Master’s degree cum laude at the Moscow Institute for Physics and Technology. In 1980, under supervision of Alex Abrikosov, he was awarded his Ph.D. in Condensed Matter Physics. He worked as a researcher (1981–1985), associate professor (1986–1989), and full professor (1990–1999) of the Department of Theoretical Physics of the Moscow Institute for Steel and Alloys (Technological University). He worked as the invited fellow at the Condensed Matter Theory Group of Argonne National Laboratory, USA (1993). Since 1999 he has been the principal investigator of the Institute of Superconductivity, Innovative Materials, and Devices of the Italian National Research Council (CNR), since 2003 has been the adjunct professor of Rome University “Tor Vergata”.

Andrey Varlamov was awarded the USSR State Prize in Physics for young scientists (1986), the degree of Doctor of Sciences (Habilitatus) in Condensed Matter Physics (1988), and the degree of Doctor Philosophiae Honoris Causa of Bogolyubov Institute for Theoretical Physics (2011); he is also a member-correspondent of Istituto Lombardo Accademia di Scienze e Lettere (2009). His main fields of scientific interests are: superconductivity, theory of metals, theory of phase transitions, and nanophysics. The author of eight books, five monographic review articles, and more than 130 scientific papers, Andrey is also a member of the Editorial Board of the Russian Academy of Sciences’ popular science magazine “Kvant”. For many years he executed the duties of vice-Editor in Chief of this magazine (1986–1992).