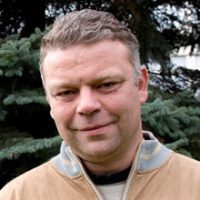 In this lecture Dimitar Vatsov will shortly outline the performative theory of truth elaborated in his last book (This is True! Sofia: New Bulgarian University, 2016). He will show that truth-telling is a specific practical gesture, a particular speech device: the utterances of the type “This is true!” generalize what is declared to be true as a sample, as a model to be followed, as a paradigm that should be reiterated always in the same way (but mention that often delusions and for sure lies repeat the same formula). Being a practical gesture – being a performative, – truth-telling never ends in an absolute truth. The truths we utter even in mathematics and physics have certain degree of uncertainty.

This theory has its public consequences: it opens possibilities for its own political uses and abuses that are to be pointed out in advance. Treating truth-telling as a speech device enacts additional democratization of the access to truth: It critically rejects every claim for a monopoly over truth. But the democratization of the truth-telling puts the authority of science and respectively of the universities in question. The on-going marketization of “the truths” is the first challenge to this authority. The second challenge is coming from The Web with its openness in which the authority of the sources is not secured. Moreover, if truth is simply a speech device for producing patterns of behavior, then the strategically organized insistence on some patterns – in the commercial advertisements but also in the political disinformation and propaganda nowadays, – is an open possibility. Do we live in the “era of Post-Truth”? And how the authority of the universities historically based on truth can be reestablished?

Dimitar Vatsov, PhD in Philosophy (Sofia University), is Professor of Philosophy at New Bulgarian University, Sofia. He is Editor-in-Chief of Critique & Humanism. He is the author of the following books (in Bulgarian): This is True! (Sofia: NBU, 2016, forthcoming); Essays on Power and Truth (Sofia: NBU, 2009); Freedom and Recognition: The Interactive Sources of Identity (Sofia: NBU, 2006); Ontology of Affirmation: Nietzsche as a Task (Sofia: East-West Publishers, 2003). He has also published numerous papers in English, Italian, Russian, French, Polish and Spanish. His research interests are in the fields of political philosophy, especially critical theory, and post-analytic philosophy of language.